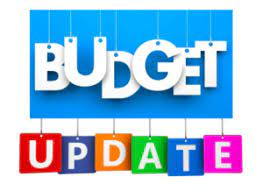 The Governor signed the State budget adopted by the legislature on June 30, 2022. This year there were a couple of one-time revenue sources, plus a 6.28% increase in the LCFF Base Grant (at budget adoption, the District budgeted 3.29% of the Base Grant increase) in addition to the statutory Cost-of-Living Adjustment of 6.56%. In many cases, the funding details have not yet been announced. Based on information from the Sonoma County Office of Education, and School Services of California, the District has outlined changes in revenue. In addition, the District has made some adjustments in expenditures during the 45-day budget period. The District will continue to evaluate how to utilize one-time funds as outlined in the legislation.

The net effect has been an increase of $3,479,025 in the projected General Fund ending balance (subject to unearned revenue, or fund balance State guidance). The overall effect of the changes increased the unappropriated ending fund balance from $918,019 to $4,397,044. The increase can be attributed to the anticipated receipt of one-time funds, additional Base Grant funding, increased transportation funding, and a reduction in salary costs due to attrition.

The Board of Trustees will take action on the 45-Day Budget Revise at their August 17, 2022, meeting. The District will continue to update the budget as new information is received and inform the Board of Trustees of the changes throughout the year.